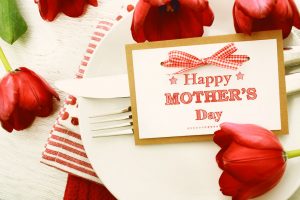 Dedicated to all mothers, Mothering Sunday is a day of honouring the bond we all have with our mothers and showing them how much they mean to us. The day is also dedicated to showing gratitude and being thankful to all the incredible and beautiful women in our lives.

Since there is more to Mother’s Day than just expressing your love to your mother by buying her expensive gifts, it is vital that you understand what the day is all about. Here is what you need to know about the history of the day.

Mothering Sunday is the customary name for the 4th Sunday in Lent (which is 3-weeks before Easter) celebrated by Christians, especially in Europe and is a day dedicated to showering mums with gifts.

Mother’s Day is the modern, more commonly used term for Mothering Sunday today. However, the premise of the day remains the same.

Why Do People Celebrate Mother’s Day?

Back in the 16th-century, the practice of returning to your ‘mother church’, which is the main church in a diocese or parish, for service on the 4th Sunday in Lent became the foundation for Mothering Sunday.

It was also the day when masters gave their servants a day off to visit their families and their mother church. On this day, it was a tradition for people to collect flowers on their journey home to present to parents or display in their mother church.

Over time, the day’s religious aspects were overtaken by a general presentation of gifts, such as flowers, British driving gloves, and by the 1920s, the festivity had fallen out of favour.

But thanks to commercialisation and efforts in the United States, Mother’s Day was back in business in by the 1950s.

Mother’s Day in Other Countries

Considering that there are mothers all around the world, it goes without saying that the day is celebrated worldwide. However, the theme of the Day is different in the different nations that celebrate it.

France celebrates Mother’s Day pretty much the same way the U.S. does, but they only took up the tradition in the 50s. Before then, the country had different days where they recognised women who’d given birth to many children to help restore the nation’s population after World War 1, and in some instances, medals were involved. After World War II, the government declared that the last Sunday of May would be Mother’s Day unless it clashed with Pentecost. If it did, the day was to be celebrated on the first Sunday of the next month, which would be June. Irrespective of the day Mother’s Day is celebrated, a flower-shaped cake is a gift traditionally given to mothers.

After World War II, Mother’s Day gained some popularity in Japan and is now celebrated every second Sunday of May. Some of the gifts given on the day include pink or red carnations since they symbolise purity and sweetness. Children often draw pictures of their moms and present them as gifts and will also prepare them dishes that they taught them to cook.

In Sweden, Mother’s Day isn’t that much different from that of the U.S. and is celebrated on the last Sunday of May. The day involves breakfast in bed, presentation of homemade cards and so forth. However, in Sweden, the Swedish Red Cross sells red plastic flowers and the proceeds from their sale is donated to mothers in need.

Mother’s Day is serious business in Mexico. First of all, the day is fixed, irrespective of the day it will fall on – it’s always held on the 10th of May. On this day, the entire country literally shuts down, all except for restaurants and special Mother’s Day lunches may run for up to 5-hours. The holiday often results in an extra 200,000 waiters being hired.

According to the President of the National Association of Restaurateurs, Manuel Gutierrez, a mother is considered an institution in Mexico. Since she traditionally does all the work for the family – cooking, cleaning, ensuring everything is okay – Mexicans (who are party animals) believe that it is only fair to set apart at least one day of the year to celebrate mothers and to have someone else do all the cooking.

The Greatest Hair Types For This Yr

Emo Style of the Previous

The Benefits of a Butt Lift

What Is the Best Way to Pick a Good Wedding Ring?

Rings the most elegant piece of jewel that complements the beauty of fingers, irrespective of gender. If rings are popular